Pre-orders are open now for The Garden by Sean Michael Wilson and Fumio Obata. This gorgeous graphic novel will publish on 21 May.

END_OF_DOCUMENT_TOKEN_TO_BE_REPLACED

We’re thrilled to announce our first spring 2020 publication – and our first graphic novel! The Garden, publishing in May 2020, is a beautiful story of growth and healing through mindfulness and gardening.

From two of our all-time favourite comics creators, Sean Michael Wilson and Fumio Obata, The Garden is a beautiful, soulful work that you simply won’t want to miss!

END_OF_DOCUMENT_TOKEN_TO_BE_REPLACED

The Garden is a beautiful story of healing and growth through mindfulness and gardening.

Joanna is a high-powered finance consultant who’s been signed off work after having a nervous breakdown. Seeking more than just something to pass the time, she travels to Kyoto, Japan, to immerse herself in the arts of zen gardening and meditation.

‘I have happily forgotten what used to concern me before all this.
I am the strongest thing in the world.
I have an infinity of precious details to smile upon‘

Praise for the creators:

‘[Obata] is a talent to watch. I like his elegant, understated drawings, which hint at the manga stories he must have read as a boy.’ – Rachel Cooke, Observer (on Just So Happens)

‘hugely eloquent narratives . . . well served by Wilson’s succinct and elegant text.’ – Morning Star (on The Many Not the Few) 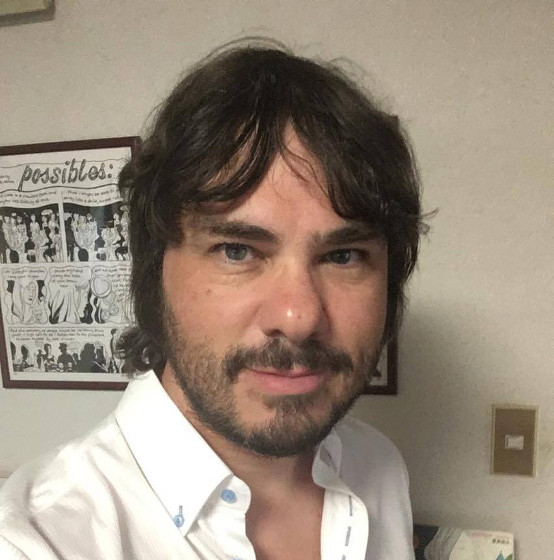 Sean Michael Wilson is a graphic novel writer living in Scotland and Japan. His books are often on themes of history, biography and social issues. He has had more than twenty books published with a variety of US, UK and Japanese publishers, including: a comic book version of A Christmas Carol (‘Best of 2008’, Sunday Times), AX:alternative manga ( ‘Best ten books of 2010’, Publishers Weekly), Parecomic (with an introduction by Noam Chomsky, his first contribution to a book in graphic form) and several manga versions of Japanese classics, such as The Book of Five Rings, Hagakure and The 47 Ronin. In 2016 his book The Faceless Ghost was nominated for the prestigious Eisner Book Awards. In 2017, his book Secrets of the Ninja won an International Manga Award from the Japanese government – he is the first British person to receive this award. He has worked with a variety of organisations in the process, such as British universities and museums, Norwegian’s People’s Aid, the British and American Humanist Associations, Corporate Watch, War on Want and the Arts Council. He often gives lectures and talks about comics in schools and colleges, and has written articles for such places as The Japan Times, The London Economic and The Herald Scotland.

🔥 LIGHT AT THE CROSSROADS 🌸 A mind, body, spirit publisher creating products that are of benefit to the world with a focus on comics and illustration 🌿