It’s Pride month! Which means we’re taking this opportunity to dive into the intersection between tarot and the LGBT community. This has always been something that is dear to our hearts at Liminal — as several of our staff members and authors are queer, we strive to provide as much representation within the tarot as we can. But what is the connection between the LGBT community in tarot? And are there queer themes within the tarot already, regardless of whether we’re represented on the cards?

I won’t leave you hanging — the answer is yes. So let’s dive in!

Sexuality, Love, and Identity in the Tarot

At its core, the tarot (especially the Major Arcana) is a story of self-development. It challenges you to look within yourself, to recognise what within society that will help you grow and what hinders you, to face down your darkest demons and tear down your boundaries, to tap your own limitless potential and discover the simple, transcendent joy of simply existing.

Because LGBT people are ostracised by society, we have to identify who we are, what we want, and what we’re willing to fight for. Realising you’re queer or trans is a transformative experience (pun intended), one with very real danger but also an introduction to a welcoming, loving community. So it’s no wonder, then, that LGBT people resonate with the messages within the tarot itself — not to mention the fact that marginalised communities often flock together, and tarot reading has long been part of queer spaces. (If you’re interested in the intersectional history of the queer community, you could mosey on over to this piece I wrote for Babbel Magazine…)

“Through rereading and retelling the journeys found in the tarot, we explore our collective story, its struggles, its resilience, its growth. A deck of tarot cards in the hands of a young queer is every bit as important and vital as an esteemed text in the queer canon — each and every time the deck is picked up it becomes a new story.”

And what the tarot has to say about love, specifically, resonates with this journey as well. The Lovers card in particular has a message of transcendence — it’s the ultimate “love is love” card, in which two people find a higher meaning and purpose through their love and connectedness. It actually doesn’t have to be interpreted in a romantic way. At its heart The Lovers is about how love helps us to grow, how it unlocks parts of ourselves and takes us far beyond any limitations imposed upon us. Far from a traditional idea of love meaning responsibility and family etc, this norm-defying interpretation of love is also at the heart of the LGBT movement.

And interestingly enough, at least one version of The Lovers card features a far from traditional relationship. The Marseille version of the card, which is based on some of the earliest tarot decks, features a man faced with two women. The classic interpretation is that he is trying to choose between his wife and his mistress, with one representing home and hearth and responsibility, and the other representing exciting boundless passion. Some newer interpretations, however, use this card as an example of romantic relationships that break the mold — a love triangle could become a poly trio, or a discussion between co-partners.

There are other cards that become clear touchstones for the LGBT community once you view them through a queer lens. Temperance, in particular, has a special meaning for the LGBT community, as it is all about managing expectations and striking a balance between the self and the world. Seminal tarot scholar Rachel Pollack really dived into this in her must-read text, Seventy-Eight Degrees Of Wisdom.

According to Pollack, Temperance is how we come to understand ourselves in relation to society, and therefore have to confront what parts of ourselves don’t fit into it. It’s how we can only move forward with understanding of the self, so that we can temper how we appear to the world with what we feel within, striving for authenticity but also realising that we don’t have to bow to expectation. As she revealed in a recent interview with LGBT Health, Rachel Pollack discovered the tarot around the same time she discovered she was a trans lesbian. Reading the cards helped her unlock this within herself — and, conversely, her experiences helped her gain insight into the tarot.

Most importantly, the tarot offers LGBT people a spirituality that we are otherwise shut out of. Fundamental Christianity declares queer identity a sin, and there are similar strict rules and prejudices in other organised religions. Because of this, many LGBT people have a fraught relationship with religion and spirituality, with many shrugging the whole thing off entirely. But others yearn for some kind of spiritual meaning in their lives — and tarot offers them just that. It is a spirituality that is interactive, and relies on the very same journey of self-disocovery and realisation that is built into the queer experience.

But here’s the fun thing about tarot — even if we don’t view it through a queer lens, there’s plenty about the tarot that is already defiant of our sexuality and gender norms…

The Queerness Of Tarot

At first glance, gender in the tarot seems to be pretty rigid and stereotypical. You’ve got the Empress who is associated with Mother Nature, the High Priestess as the pure virgin, etc. But there’s something much deeper at work here, a spiritual interpretation of gender which is far from conventional…

There are several cards in the Major Arcana which feature spiritual androgyny, a kind of alchemical hemaphroditism. (Which to be fair is outdated: the current accepted term is “intersex”.) It’s a bit of an Easter egg for those in the know — the androgynous figures of the tarot are usually naked, with something obscuring their genitalia. A tradition started by A.E. Waite and Pamela Coleman Smith, this was not done for modesty (note the characters in the Major Arcana that are fully naked), but was intended to hint at something spiritual beyond our current existence. Let’s unpack that a little bit.

Androgyny is a foundational part of many spiritual schools of thought, from alchemy, to Kabbalah, to Hinduism. If male and female represent duality, the separateness of humanity and therefore all of existence, then androgyny is the unity that precedes this mortal separateness — a primeval unity that we are on a journey to return to. Which is why historically, in multiple cultures, intersex individuals were elevated as priests and spiritual leaders, because they embodied this notion of androgyny-as-unity.

Paul Foster Case on The World card in Tarot: A Key To The Wisdom Of The Ages

This is a fascinating part of gender history, and one which has largely been ignored and erased in Western religion, history, and literature. The tarot, however, utilises the idea of spiritual androgyny in multiple cards: The Devil and The World in particular. As Paul Foster Case says, the dancer on The World card is the ultimate apotheosis of humanity — we have transcended all boundaries and therefore come together as one, indicated by the dancer’s intersex nature.

So, in order for androgyny to have a spiritual meaning, there must be distinct genders outside of that — but the gender that is expressed in the tarot is one of spiritual archetypes, not so much the social construct of gender. The “female” cards are the divine feminine; “male” are divine masculine. They are there as a hallmark of all the touchstones we associate with these divine genders, and can stand in for ideas like patriarchy (The Hierophant, The Emperor).

But that’s not to say we have to be rigid in our interpretations of them. The Empress, for example, is the epitome of feminine energy. However, anyone can play her role in reality, even if you identify as male or non-binary. Think of it this way: anyone can be the mom friend in a friendship group! And even archetypal gender is fluid: we are free to move in and out and around archetypes as they hold meaning for us. They are tools for understanding and not prisons for our being. Like a cosmic suit of armor!

Which is why a lot of modern tarot decks cast women as knights and kings, or (in the case of The New Chapter Tarot), men as princesses and queens.

So, what’s gay about the tarot? Everything and nothing. The journey within it resonates strongly with the LGBT community, but as a tale of self-development it is also universal. There are themes which challenge us to step outside our boundaries, with love as a gateway to higher meaning, gender as an archetype we can use to understand ourselves, and androgyny as apotheosis. All of this is very queer, but it’s also universal so… perhaps queerness was always an essential part of the human experience after all! 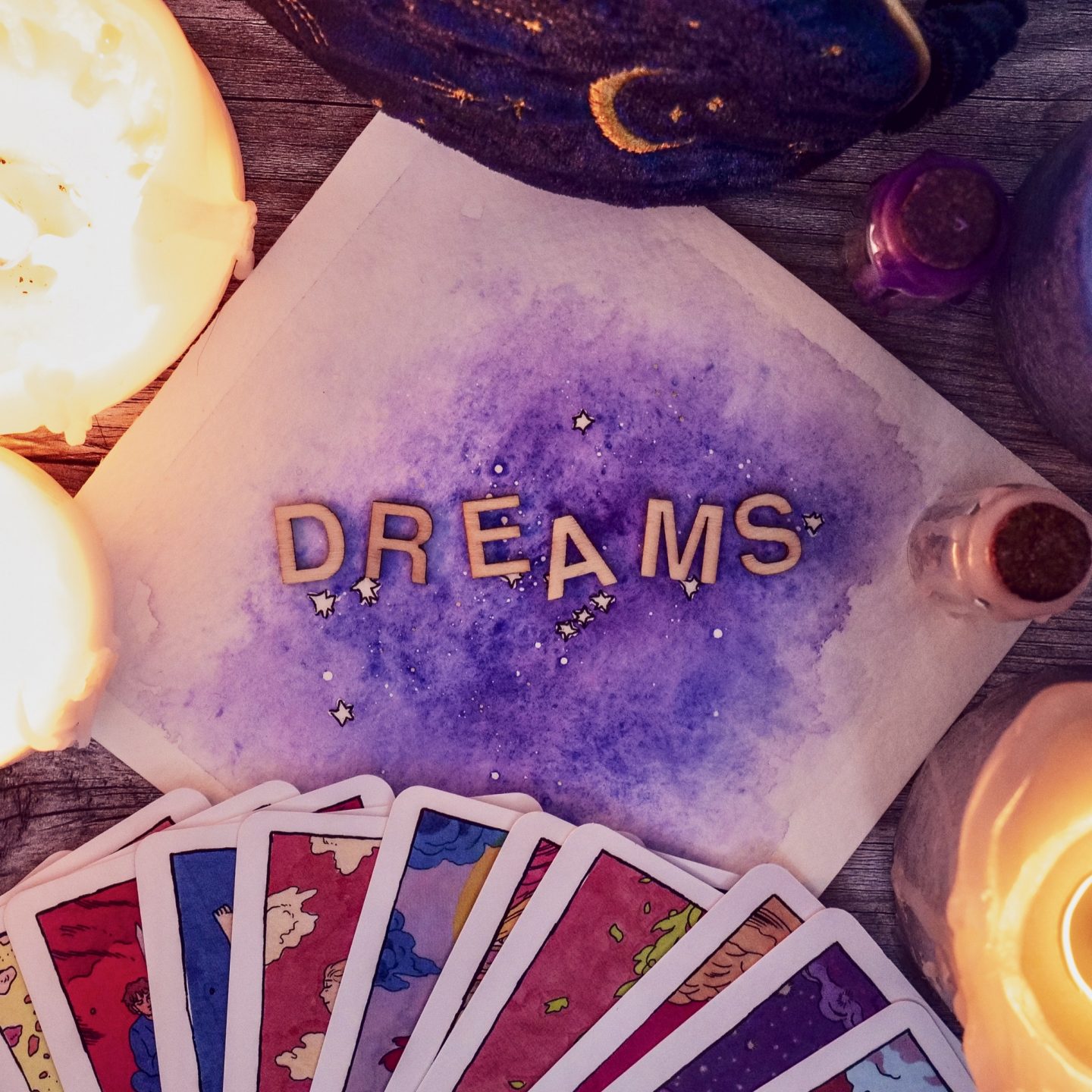 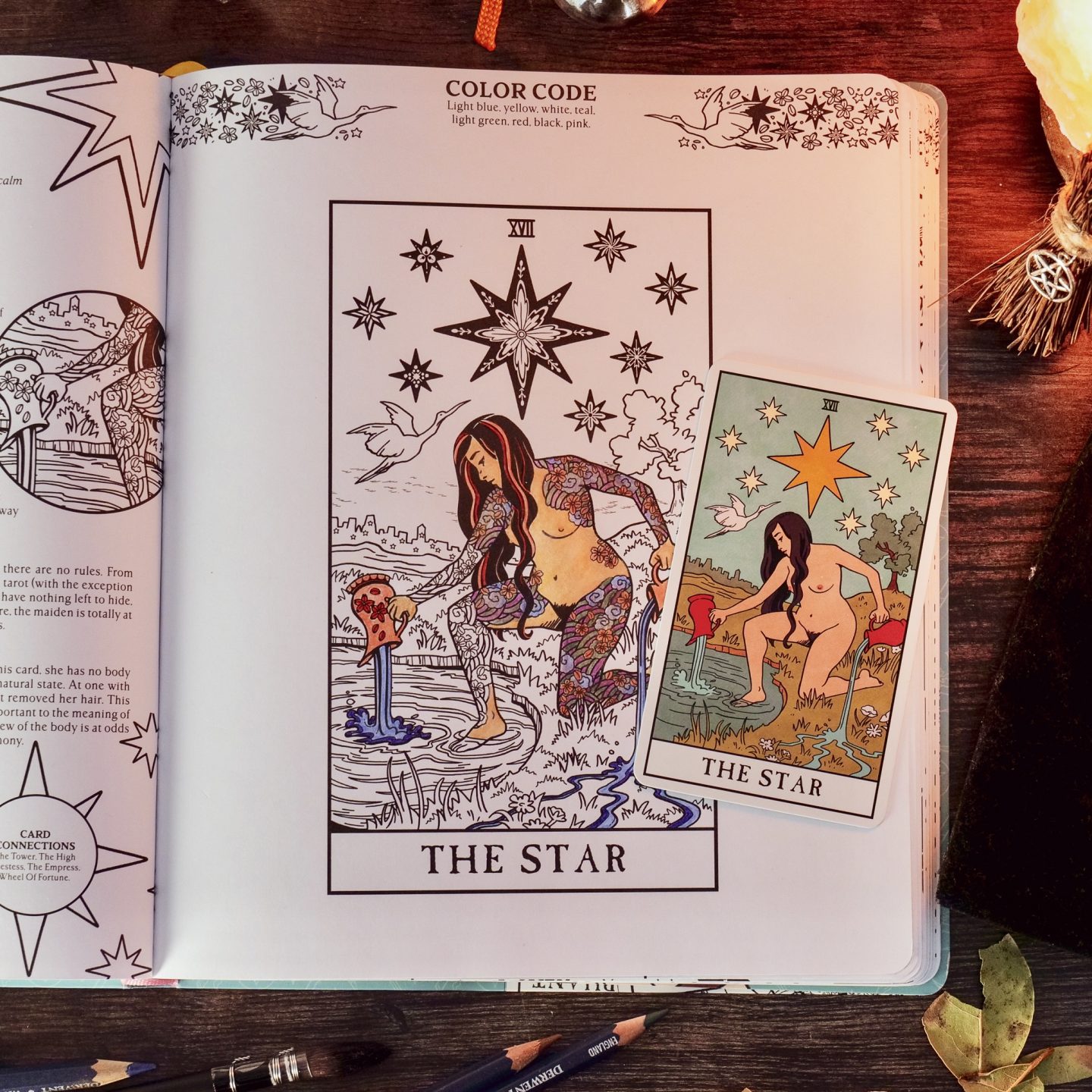 A Look Inside The Modern Witch Coloring Book 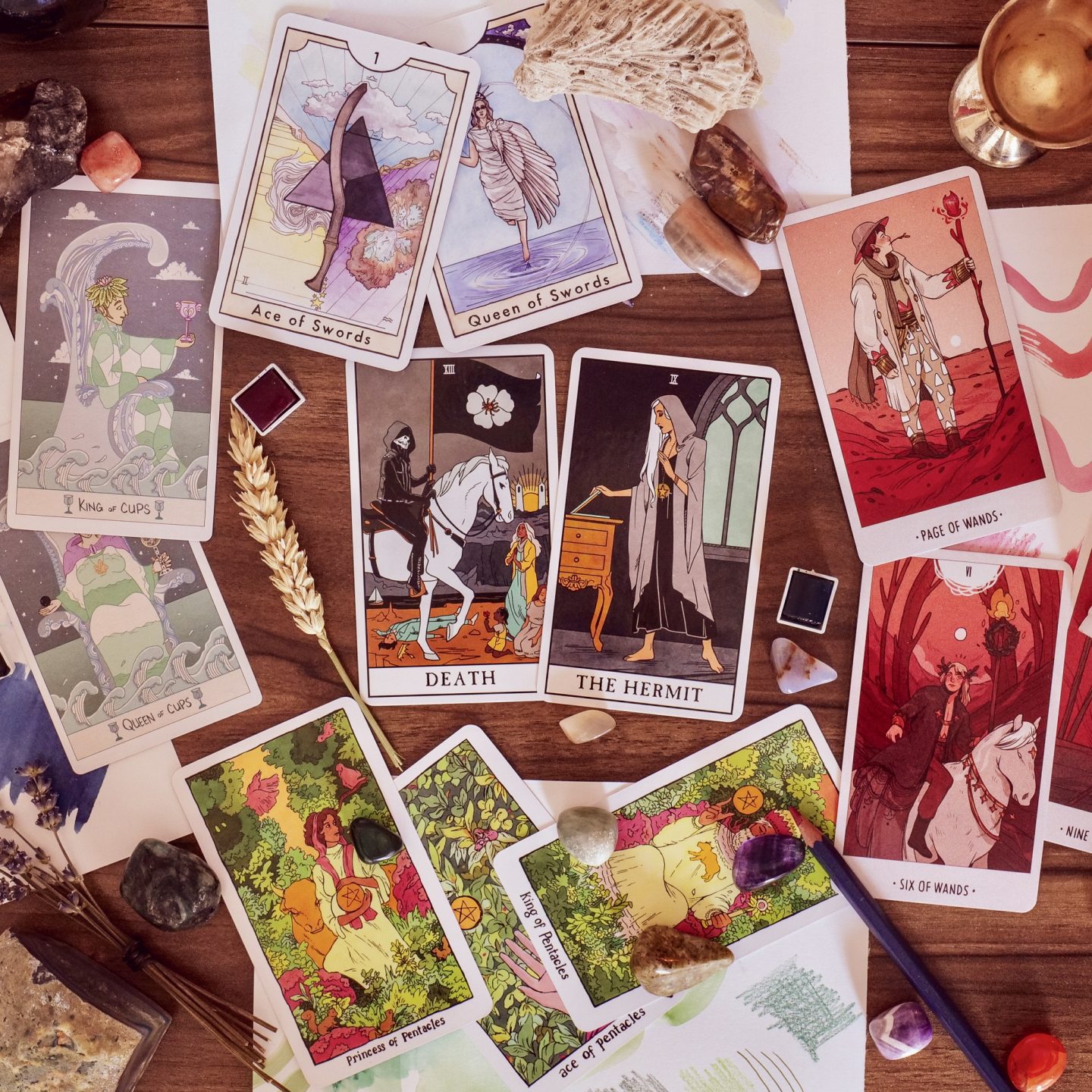 How is colour used to convey meaning in Tarot?