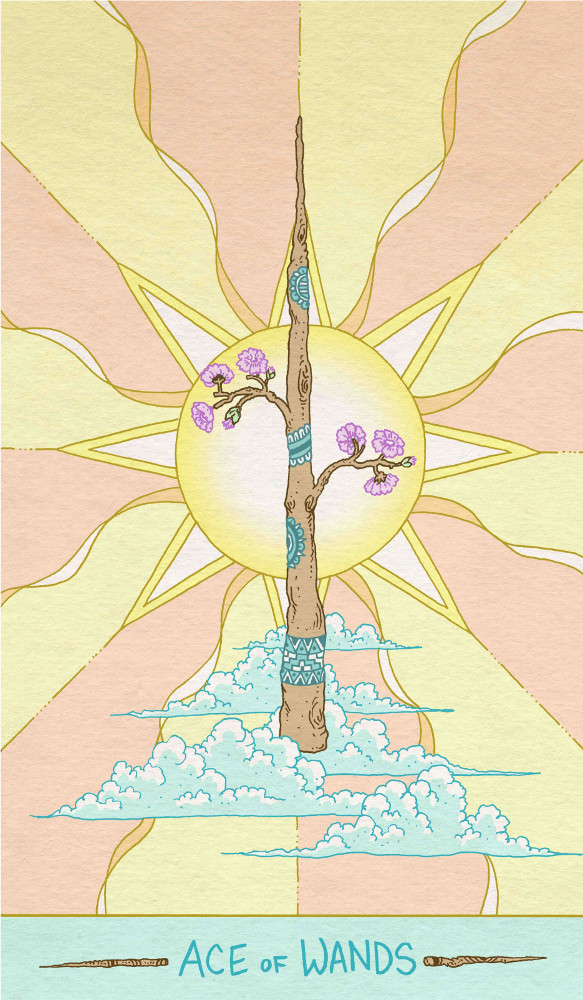 The Ace of Wands from Kay Medaglia’s Luna Sol Tarot

Ace of Wands from the Luna Sol Tarot

Last week, we revealed the first Major Arcana card from the Luna Sol Tarot: Strength. Now we move into the Minor Arcana, and how apt that we start with an Ace; even more so that it is the Ace of Wands, the suit that is commonly ordered before the others, and with reason. Wands in the tarot have a natural twig-like appearance, often with green budding shoots, as opposed to being some finely-crafted mystical tool. Nature has kindly performed all the hard work here. Wands are a natural wonder!

An Ace is the pure essence of the suit, and in a sense encapsulates all the other Minor Arcana of their suit within themselves. Wands are a symbolic representative of the element fire; we are talking determination, the fuel to get things done. Without this, how does a project, a new relationship or an artistic endeavour begin? And beginnings are what the Aces are all about. It is like the Ace of Wands is doubling down on its energy – the creative spark of a beginning. How wonderfully fortuitous! Maybe … or maybe it is more an expression of intention rather than chance.

How is this all expressed in Kay Medaglia’s Luna Sol Tarot? When it comes to the Aces, the tarot generally keeps its simple and pure; we can leave all the fussy narrative to the rest of the deck. The wand floats alone; no hand presents it from the clouds (which always struck me like Terry Gilliam’s animated foot in Monty Python). The sun radiates behind, Earth’s principal source of light and energy, just as the Ace sits in its principal position. The wand buds and life begins!

Well, it is difficult to disagree with Michelle Tea’s analysis from her wonderful Modern Tarot. The appearance of the Ace of Wands is a resounding “YES!” from the Universe. Is it time to begin that artwork, relationship or money-spinning endeavour? Indeed it is! You have the determination, creative insight and sheer gutsy passion for what stands before you. Put it to work!

Beyond the Major Arcana

The Major Arcana (or trumps) is where most people’s knowledge or interest in the tarot begins. However, these cards make up just 22 of the 78 cards, suggesting there is plenty more to explore. The remaining Minor Arcana are split into four suits, the Wands (fire), the Cups (water), the Swords (air) and the Disks (earth). These suits can then be seen as comprising of three types of cards: the Aces, the remaining pips (cards running from 2 to 10) and the court cards, usually called the King, Queen, Knight and Page (how desperately feudal!).

As we’ve just explored, the Aces are all essence and beginnings. The manifestation does not begin until we get into the pips. When the pips appear in a reading, it is generally less likely to mean that there is a deep message from the Universe or that we about to take a fundamental step in our spiritual growth. It’s more the “stop putting off taking the rubbish out” or “ignore the local gossip” kind of message. It might be important in its own way, but it’s usually something that is within our ability to control.

The 10 of Swords from Lisa Sterle’s Modern Witches Tarot

Traditionally, the appearance of a court card could be the influence of someone in your life that is like that card, i.e. “look busy, here comes the King of Swords”. Or maybe you are being like that card yourself. Or maybe it is something else (yeah, bet that helps!). How the card is positioned in your spread, what exactly you were questioning and a splash of intuition all help determine which it is. 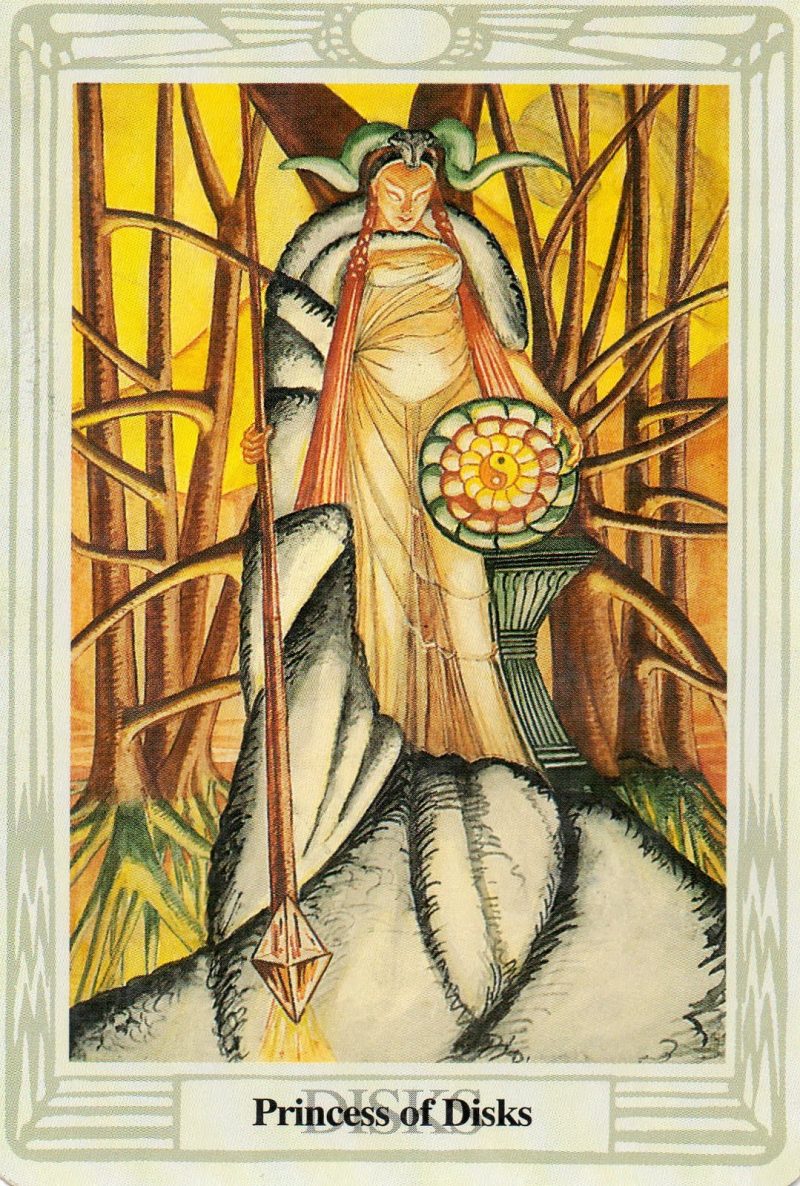 It is perfectly possible to perform a reading with just the Major Arcana, which certainly lightens the load when trying to memorise the cards, but ultimately the tarot reader’s aim is to understand the nuance and depth that the full deck allows.

Beyond the Luna Sol Tarot

I very much hope you have noticed the Luna Sol Tarot is not the only publication Liminal 11 has coming out this autumn. The first two books in our Mini Meditation series, Mini Meditations on Joy by Adam and Lisa Murphy and Mini Meditations on Creativity by Tillie Walden will also be making their dramatically wonderful debuts. The covers of these treasures of illustrated quotes have already been revealed (see below), but this Friday we very much look forward to showing the first image from within Tillie Walden’s book on Creativity. If ever a person embodied Creativity, then surely Tillie is the one! 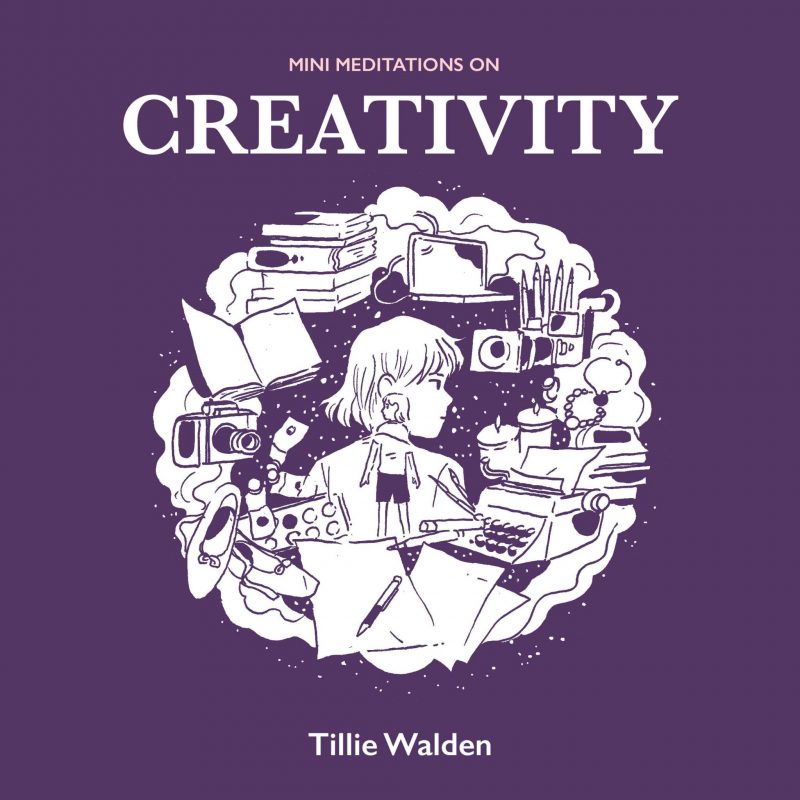 Next week, our blog will focus on a card from a Kickstarter that we were proud to have backed recently, The Major Arcana by A Miyako M. The creator’s level of engagement was incredible and one particular post was something we feel compelled to share. With Addi’s kind permission, we look forward to sharing that post next week, along with a few of our questions that she generously answered. Until then!